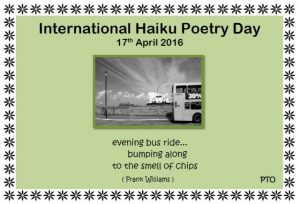 BHS handed out 108 haiku to complete strangers on London’s Southbank on Saturday 16 April 2016 to celebrate International Haiku Poetry Day the next day.
Thanks to Iliyana Stoyanova we learned of the declaration of the day – 17 April for 17 syllables. And thanks to Frank Williams: he quickly created the giveaways. Twelve BHS poets each contributed 3 haiku Frank then printed, with photographs, on A5-size cards, with the BHS web address on the reverse. 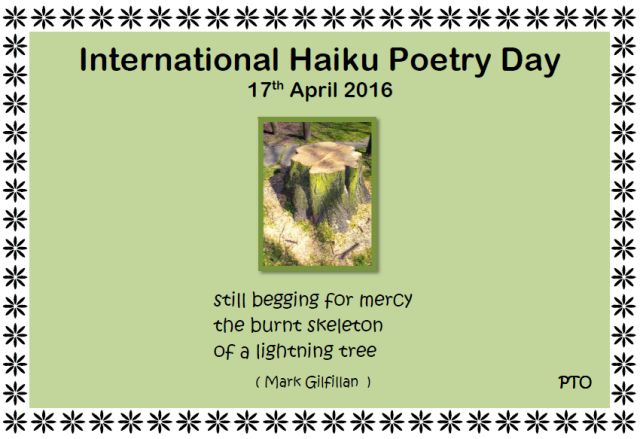 Iliyana, Frank and Susan Lee Kerr took up three different locations at 10 am – and within 20 minutes had lightened the life of over 100 people with the joy of haiku. ‘An interesting experience!’ says Iliyana, who gave a card to one delighted Japanese family, and had to explain haiku to another taker. Says Susan: ‘It was fun! Some rejections because people feared I was selling something, but many smiles and curious acceptances from others.’
All three went on to the quarterly Committee meeting held in Festival Hall – a very productive day! 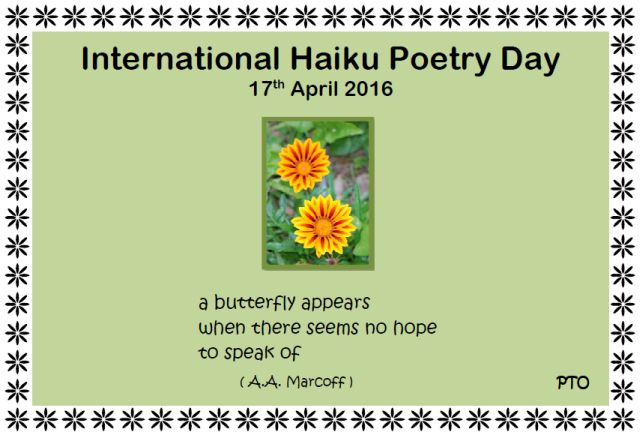 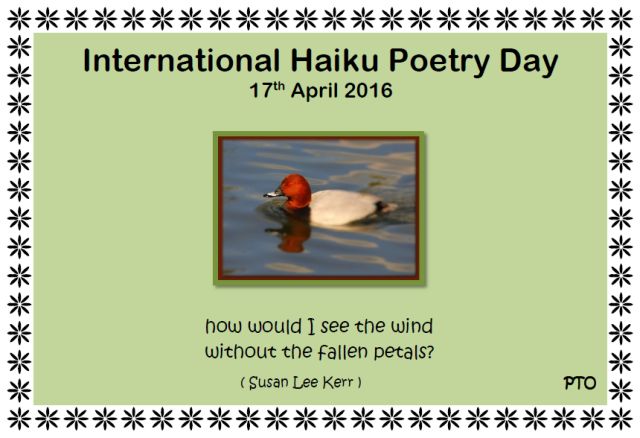 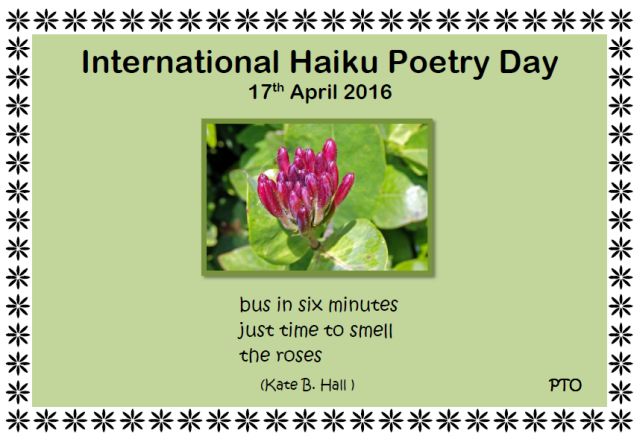 Now that we have a year’s notice before the next International Haiku Poetry Day, BHS can plan more concerted effort… perhaps freebie haiku handouts in towns and cities all across Britain?