On Saturday 2 December 2017 nearly 30 BHS members met for the BHS Winter Gathering and AGM at the Conway Hall, Red Lion Square, London. In the morning we had the AGM and a wonderful workshop led by Diana Webb – Having Fun with Haibun: matching haiku with the haibun prose and writing haibun in groups inspired by “Balloon Girl”(2002) – a mural by graffiti artist Banksy.

This is one of the haibun written by Kate B Hall, Karen Hoy, Debbi Antebi, Frank Williams and Iliyana Stoyanova:

Letting go of her childhood. The weeds at her ankles. Signed by the artist in colour on the grey wall. The wind in her outstretched hand. Both the child and the wall keeping their innocence.

on the South Bank
a girl mesmerized
by a red balloon

In the afternoon we enjoyed a haiku performance by the Green Wood Haiku Group – haiku and haibun reading, accompanied by shakuhachi music and singing, a sequence of urban haiku performed in an experimental way, and an audio visual display. The members of the Green Wood Haiku Group who wrote material and took part were: Martin White, Sue Richards, Lizzie Prudence, Norma Gregson, Sandra Goodfellow, Ann Turnbull, Bethany Rivers, Catherine Redfern, and David Bingham. Afterwards we had a structured discussion about the techniques which can be used when performing haiku.

So all in all we had quite a lively and informative gathering and we are looking forward to the next year! 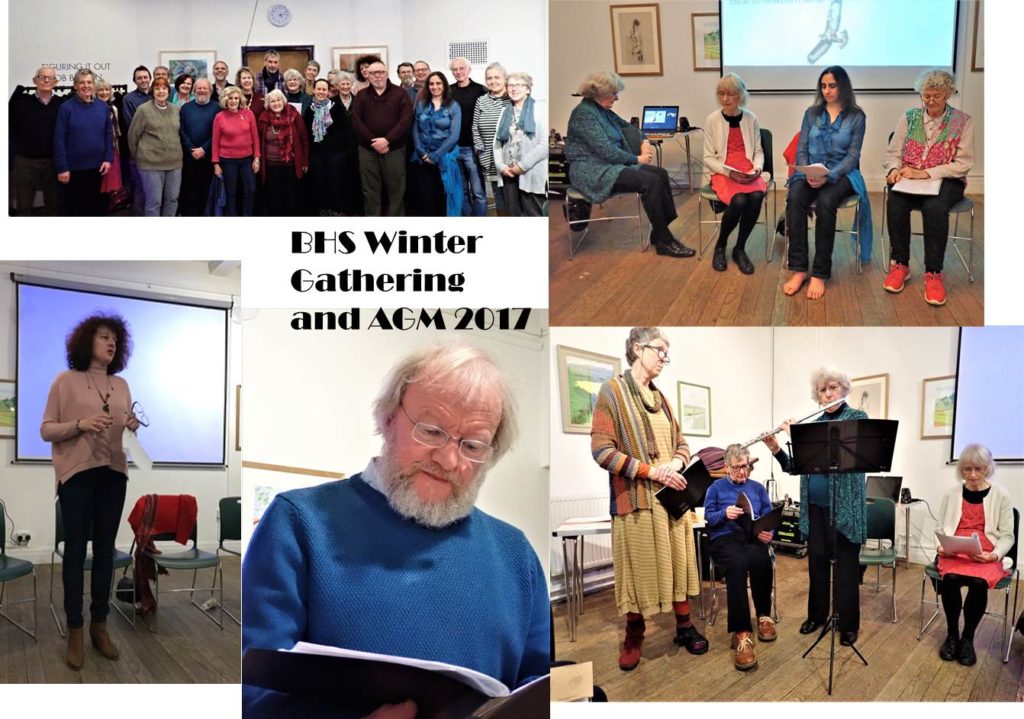