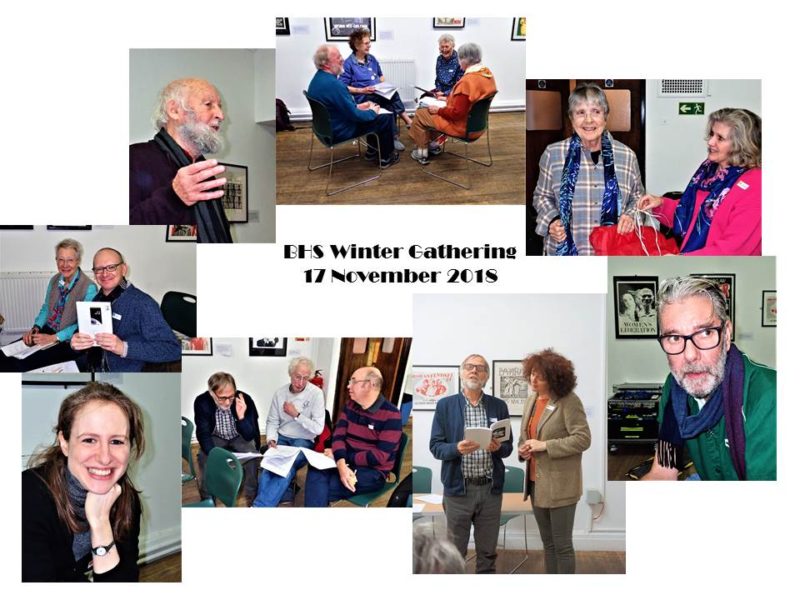 BHS is in very good financial shape and membership is the highest ever, 379 people. This is mainly due to social media and the BHS website. The BHS Facebook group has 1278 members and the BHS page has 2069 likes. The Society is now fully compliant with the new 2018 Data Protection legislation.

Outreach and links to other societies included: London/South East regional group meeting by The National Poetry Library as a regular venue and liaising with Andy Bungay of Wandsworth Radio to promote haiku and the BHS. Wagamama haiku workshops in Liverpool, Chelmsford and London. Collaboration with Bulgarian haiku societies, contact with the UHTS (United Haiku and Tanka Society) and Blithe Spirit articles featuring poets of the Polish Haiku Association and the African haiku network. 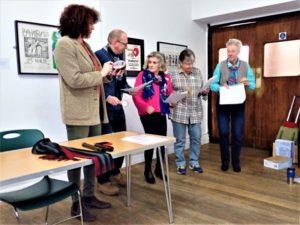 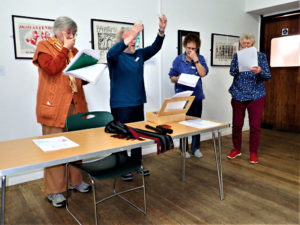 The sound of haiku in Bulgarian was introduced by Iliyana Stoyanova. Members read works which appeared in Beyond Words, a Bulgarian-English anthology published this year by the Bulgarian Haiku Union and Haiku Club Plovdiv with some sponsorship by BHS. Iliyana re-read the same pieces in Bulgarian, a demonstration of how one language can take more – or fewer – words and syllables to express the same poem.

At the end of the day came a Haiku Train conducted by Iliyana. Haiku trains are a form of renshi – a modern development of renga and renku with participants in small groups writing collaborative poetry. From the starts of two different haiku many different ‘trains’ resulted. A word from the final line in each haiku – or several words or the whole line – must be in the first line of the next haiku.

Spot the links in this one from Team Squash: David Bingham, Kate B Hall, Sarah Lawson, Sprite.

a veil of snowflakes
covers the hedge
the cat flap opens

in a flap…
late for work, still searching
for lost car keys

quote the raven ‘Nevermore’
and flew away
from the Tower

towering above the snowfield
a pine reaches
for the sky