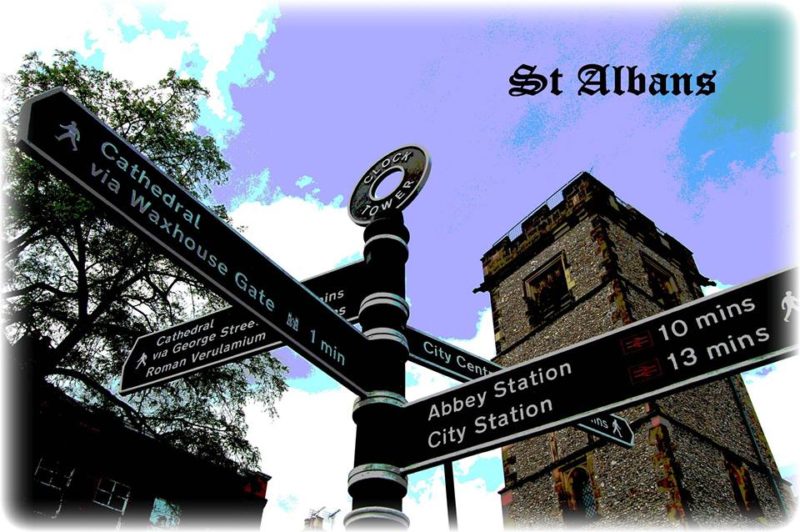 The BHS was the sponsor and organizer of an International Haiku Conference which took place at the Maltings Arts Theatre in St Albans, UK on the weekend of Friday, 31 May to Sunday – 2 June 2019. The overall theme of the conference was ‘Haiku Crossing Cultures, Harmony within Diversity’.

The conference began with a reception. Drinks were served on arrival and the proceedings started with a speech from the BHS President, Colin Blundell, in which he outlined the programme for the weekend.

This was followed by the launch of the conference anthology, ‘where silence becomes song’. Each contributor introduced themselves and read the haiku they had written for the anthology.

The evening concluded with a beautiful tanka recital in English and Japanese by Mariko Kitakubo. We will treasure the memory of her grace and elegance in this wonderful performance.

In the morning there were three sessions:

Ralf Bröker’s lecture “Scibun or What Kind of Haiku They Don’t Read on Rigel IV?” took us to places we don’t normally visit with haiku; star systems millions of miles from our own. After his inspiring words several haibun writers have said they might try writing some ‘Scibun’ in the future (or about the future?).

Charles Trumbull’s presentation “Georgia O’Keeffe and the Haiku Aesthetic” was obviously a topic close to Charles’ heart. We were moved not only by the beauty of O’Keeffe’s paintings but also by the dedication Charles has for her as fellow traveller in the world of minimalist expression.

In the afternoon there were four sessions:

Ikuyo Yoshimura gave an enlightening lecture “RH Blyth’s Influence on the Modern Haiku World” which included her reminiscences of the occasions when she had met and discussed haiku with David Cobb and James Hackett in the early days of haiku being written in English.

David Lanoue’s lecture “Gendai Issa” was informative and stimulating. He showed us how Issa appeared ‘modern’ to his contemporaries and encouraged us to think as Issa might have done if he were alive today. His illustrative examples of traditional and modern haiku were brilliantly chosen.

Ginko: Conference participants either went on a guided ginko led by Iliyana Stoyanova or were free to seek out their own inspiration for writing haiku. On returning to the conference venue the haiku written on the ginko (or previously in St Albans) were entered into a haiku competition. Then the conference participants shared the haiku they had written while the judging of the haiku took place. If people did not wish to take part in the ginko there was an opportunity to take part in a haiga workshop with the watercolour artist, Elisaveta Ilieva.

She demonstrated the process of creating haiga step-by-step and, as a result, several people have expressed their intention to try out some of the techniques she showed them.

The Green Wood Haiku Group performed “The Scent of Ordinary Things” which included music, song, visuals and drama. Their presentation was divided into ten sections, each of which showed the audience a different way in which haiku, tanka or haibun may be performed.

At the end of the day the results of the haiku competition were announced:

setting sun
I adjust
my canvas

at Marks and Spencer
an old lady lingering
by the lingerie …

There were six sessions on the final day:

Ian Storr brought us up to date with the “Sense of Place: Haiku, Glass and the British Coast” project. The original proposal has expanded imaginatively to include experimental glass-making, artwork and a project website.

Anna Maris, in her lecture “Haiku in Scandinavia – Language and Cultural Reference” led us away from the limited view we often have of haiku and brilliantly introduced us to a more international perspective.

Yutaka Matsubayashi presented a magnificent group display of precision and athleticism in a demonstration of kendo sword-play. This was greatly appreciated by everyone.

The final event of the morning was a concert of folk songs and dances from Okinawa and Akita led by David Hughes. Their performance was so good the audience took to the dance floor to join the dancers and drummers on stage. We could not contain our enthusiasm; we all loved it! 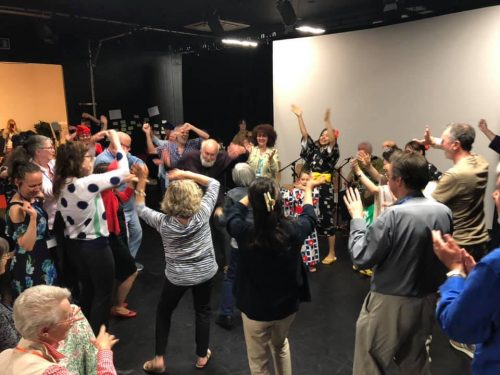 Paul Chambers was unable to attend the conference. However, he kindly provided us with his presentation, “The Trembling of the Moment – The Haiku of Federico Garcia Lorca” which Debbi Antebi stepped in and introduced.

Throughout the conference, participants were able to buy a wide range of haiku publications from the bookstall, which was manned by Frank Williams.

There was a farewell meal in a local Turkish restaurant for anyone who was able to stay for the afternoon. 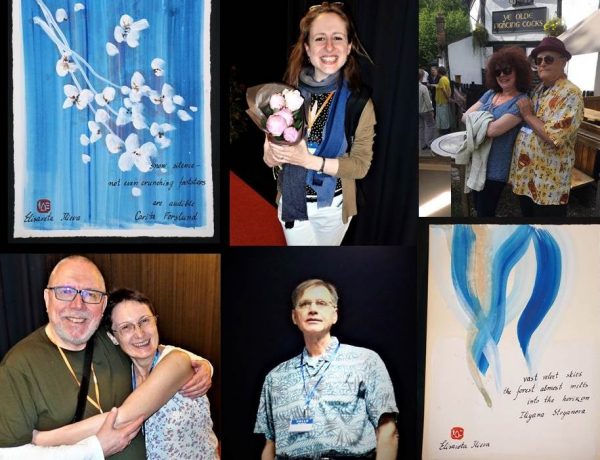